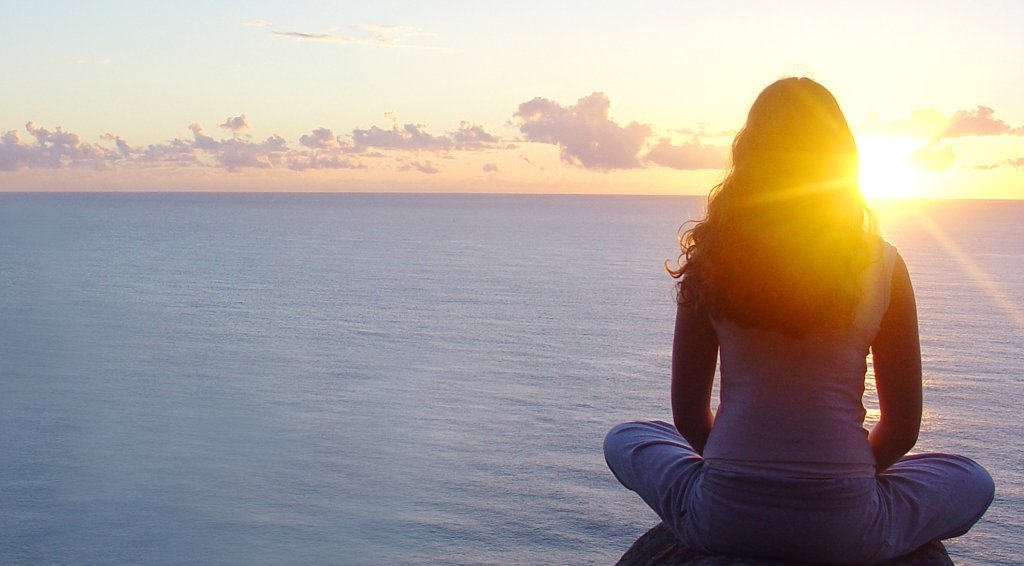 On top of that, I’m a fitness junkie so I couldn’t believe I’d be without a gym, protein shakes or chicken for the next 10 days! No sex, no TV, no meat… An anxiety began to creep over me. It was the same feeling I experienced whenever I left for class or work without my cell phone but this time it was multiplied by 10. Ten days to be specific. There was a nakedness that closed in around me. I tried to calm the growing panic. I could do this. Everyone here was in the same boat. I could do it if they could.

After grabbing the biggest, brightest apple from the fruit bowl beside the registration table, I walked outside and closed my eyes. I asked God to give me some sort of sign that this meditation business was going to serve its purpose in strengthen our relationship rather than draw a divide between us. After that, I found Jen, one of my rideshare buddies and together we staked out our own section of turf to squat on. I decided to get as many words out as possible now before speaking was officially outlawed.

After uttering only a few sentences, I took a bite of the beautiful apple in

my hand and quickly spit it out. I might have been embarrassed if I wasn’t so disgusted. The inside flesh was brown and rotten. It looked like a worm had gotten in. One of the guys that had sat down with Jen and I told me to take notice of the signs nature brings us. I looked down at the rotten apple in my hand and wondered what the universe was trying to tell me.

I spoke with a number of other attendees only to learn that they were all in a very similar place as me. Most people seemed to be in some sort of transition or another. Everyone had pretty interesting stories of the triggering incidences like a recent divorce, infidelity, death of a loved one or a dramatic change in careers. I looked down at the half eaten apple in my hands that were resting atop my blue-jean-covered legs (that were forced into a constantly shifting, Indian style sitting position) and recognized that I wasn’t so different from the rest of these folks. I wasn’t wearing Lululemon yoga pants but I was here and that is what mattered.

Ask me a question or leave a note Cancel reply

Begin typing your search above and press return to search. Press Esc to cancel.